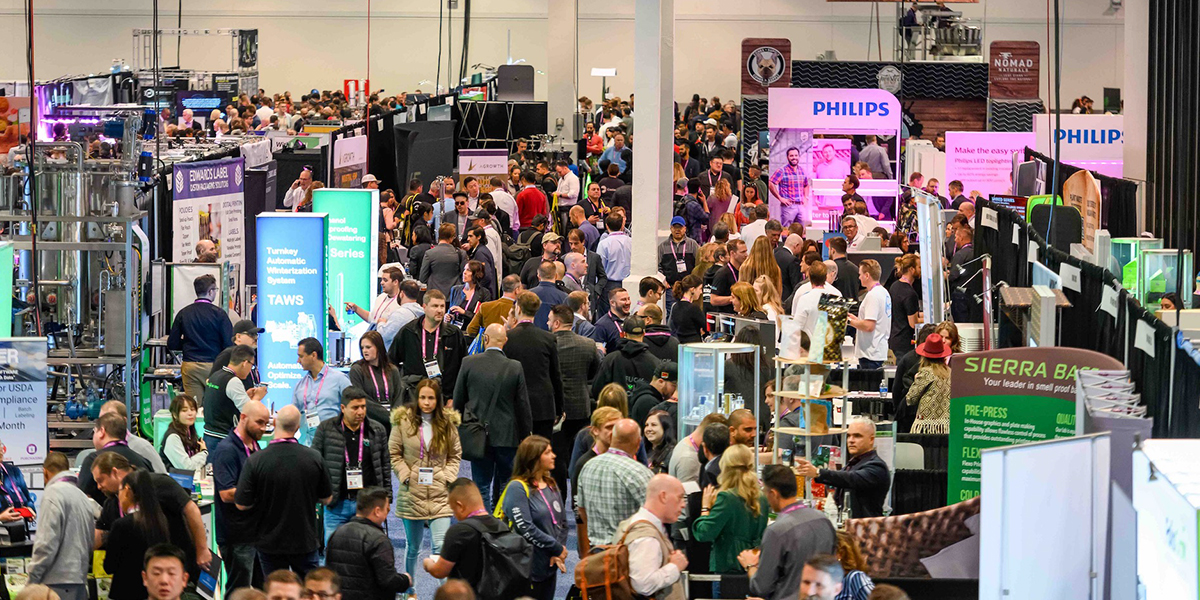 Last week was a big one for the North American cannabis industry – and many companies, brands and people were together at MJBizCon Vegas 2019 — aka, the Marijuana Business Conference — to discuss everything from cannabis business best practices, the recent vaping epidemic, mergers and acquisitions, the future of retail and more.

Eli McVey, MJ Business research editor, wrote that in 2019 “The cannabis industry has since bolted across that proverbial doorstep, emerging as a lanky, acne-ridden teen.” It’s a bigger, unapologetically confident, totally unsophisticated, and technology-obsessed teen. MJBizCon has reached an impressive size over six years, with substantial growth each iteration.

I spoke to some of the 33,000 attendees while I was there to find out what’s in store for us in 2020—what should be the real “year of reckoning” for the cannabis industry.

Infused edibles like Coda Signature don’t have to be prohibitively expensive to be considered luxury.

In an interview with Mark Grindeland, CEO of Coda Signature, conducted at the Las Vegas Convention Center he said that consumers want high-end, premium-quality product experiences with exceptional packaging design. Coda Signature’s products are all of that and still affordable. I included their more-ish infused chocolate bars along with other novel weed products on a list of 7 cannabis products we wish we could bring home from Las Vegas.

Joshua Haupt of Medicine Man Technologies let me know that the reason Canadian LPs are failing to produce high-quality yields is that despite implementing all the technical aspects of growing cannabis at scale, large footprint growers are lacking love.

Brian Rice, Boveda’s Director of R&D, thinks that consumers are storing their cannabis flower wrong, and the #SavetheTerps campaign has taken on extra meaning in Canada where legal cannabis is regularly flambéed by knowledgeable consumers who demand terpenes.

Meg Sanders, CEO of Canna Provisions says that despite its newness the cannabis retail model is broken. “The retail industry is changing fast which poses new challenges for retailers and businesses. Omnichannel shopping will become increasingly important in 2020 because the dispensary model is broken. Omnichannel shopping makes it easier for consumers to communicate with the store or brand in an efficient way. People want to get in and out of a store without the hassle.”

Planet13 is one of the most impressive retail experiences in Las Vegas, with a major expansion already under way.

The morning of Thursday, December 12, 2019 happened to be when the Government of Ontario announced the removal of its cap on the number cannabis retail shops. Goodbye to the heartbreaking retail lottery model that hurt long-time operators like Abi Roach, and hello to a dramatic widening of the retail cannabis footprint.

“It felt like the whole Canadian community was expecting it, and I think it contributed to the hype this week,” says Farrell Miller, a Toronto-area lawyer with ambitions of owning a slice of the retail pie. “This time last year was hard on a lot of entrepreneurs. People have been stuck in leases they signed a year ago, waiting for this announcement. It was like a weight was lifted off our shoulders, and suddenly everything makes sense again. Retail in Ontario is back on track. If 2019 was a dark tunnel, then this was the light that many of us were waiting for!” Farrell admits that there was some buzz in Las Vegas about the decision that may have tipped off the MJBizCon cohort before even Toronto. “I texted my business partners to tune into the news, and I was right!”

Bob “Mr. Natural” Luciano and his wife Anna take a breather from the controlled chaos of the convention.

Nugs of Info with Mr. Natural

My final interview for the week occurred off-site—thank you—at the Cosmopolitan Hotel with Bob “Mr. Natural” Luciano. I’ve interviewed him before for this Remembrance-Veteran’s Day piece for Leafly but this time I had the pleasure of meeting some of the characters who have supported Mr. Natural, the brand and the man, including his wife Anna.

We shared a few puffs of Mr. Natural’s home grown, talked about the challenges of operating between states with differing views of cannabis “legalization” and Anna performed an excellent spoken word poem about Mr. Natural that includes a line about Aurora CEO and founder, Terry Booth. Keep an eye on The GrowthOp for my full interview with Mr. Natural.

ADCANN is a digital publication and content creation team that showcases the most creative concepts in the cannabis space.

The Cannabis 2.0 Market in Canada: Topicals