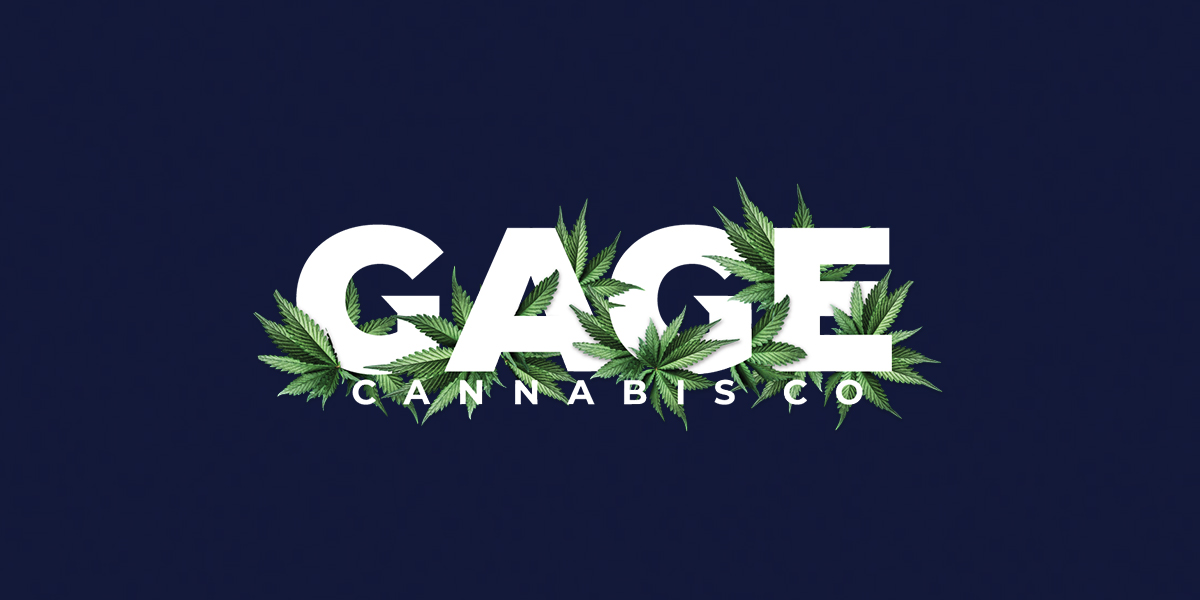 As cannabis legalization gains footing in more and more states across America, real retail brands are starting to emerge. None more prominent than Gage Cannabis, a trend-setting chain of cannabis provisioning centers with locations throughout Michigan.

Gage Cannabis Co. has stood out this year for a variety of reasons. With several new store openings, a series of important strategic partnerships and the addition of cannabis dealmaker Bruce Linton as an executive chairman – Gage had an amazing year.

Let’s take a look at what makes Gage such an unequalled cannabis store.

Gage’s stores are decorated externally and internally with their signature orange color. The outside of the stores are grey with easily recognizable orange pillars and signage. Some stores feature wood paneling on the outside.

Gage storefronts are clean, sleek and minimal on the inside. The stores are largely painted a dark grey color mixed with white and orange. The stores feature beautiful hardwood panels, orange and black furniture, photographs of growing cannabis plants and classy scent jars.

Since cannabis must come pre-packed, scent jars are a compliant method available for  retailers to display actual cannabis within their stores. These jars allow consumers to visually inspect and smell the cannabis flower they are purchasing, which is incredibly important for a product like cannabis.

Gage has a sleek and innovative design, from the beautiful wooden archway featuring various brands and products, to the clean, white, elegant surfaces found throughout the store.

Gage sells a variety of branded merchandise in their stores including hoodie sweatshirts, t-shirts and bags. Gage branded items have become cannabis community status symbols in their own right. Gage has also partnered with iconic brand Cookies, and with local brands and artists such as Detroit Wick, The Dirt Label, thus allowing them to continue to deliver on their upscale brand promise and build a base of die-hard fans. 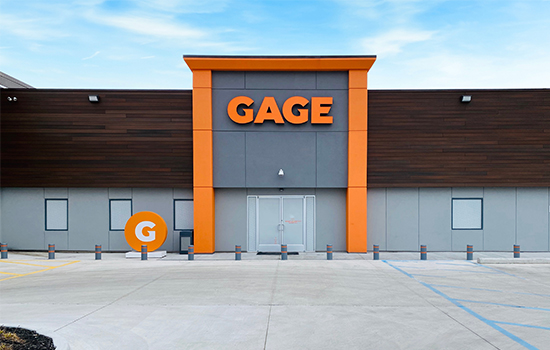 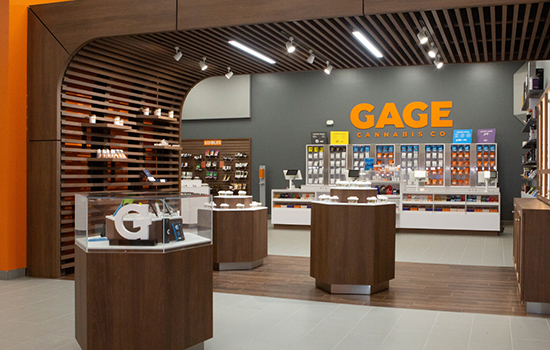 In August, Cookies, the popular California-based cannabis company owned by famed rapper Berner, announced Gage Cannabis would be its exclusive partner for its Michigan expansion.

The Cookies company’s brands include Runtz, Grandiflora, Lemonnade, Minntz and Powerzzzup Genetics, among others. Cookies is one of the most sought-after cannabis brands in the entire world. The incredible brand awareness and equity that this partnership brought to Gage allowed them to quickly gain a large amount of market share in Michigan.

Gage also now operates a Cookies-branded provisioning center in Detroit that opened in early 2020. Patients drove in from all over, some as far as Florida, to be the first to get their hands on the opening menu of over 45 flavors of cannabis that had previously only been available in California. On top of the flower selection, Cookies also curated an exclusive merch line, paying tribute to all things Detroit.

Gage Cannabis Co. is working in affiliation with Michigan regulators’ social equity program by donating up $950,000 for cities disproportionately impacted by cannabis prohibition.

Gage has committed to giving grants of up to $50,000 to prospective business owners in 19 cities where the communities have been disproportionately impacted by the enforcement of cannabis prohibition. These communities, identified by the Michigan Marijuana Regulatory Agency, are located throughout the state. Between the MRA’s commitment to foster greater involvement in the cannabis industry by residents by cutting marijuana licensing fees by up to 60 percent, and Gage’s social equity grants to cannabusiness hopefuls, Gage is committed to helping disadvantaged communities such as Detroit and Flint, whose residents have been disproportionately targeted by the war on drugs.

Rather than blocking out market competitors, Gage has the goal of strengthening the cannabis community in Michigan. Gage chose Ryan Basore as the first recipient of this social equity program. Ryan is a medical cannabis advocate who hopes to supply provisioning centers under his company, Redemption Cannabis.

In addition to the social equity program, Gage participates in a variety of other corporate social responsibility initiatives. For example, in recognition of National Epilepsy Awareness Month, Gage teamed up with a few of the brands that they work with to raise funds for the Epilepsy Foundation of Michigan.

The company has brought a large amount of jobs and access to quality medical cannabis to the state of Michigan. A relatively young company, Gage Cannabis was founded in Metro Detroit in 2017, and currently employs over 150 people across the state. 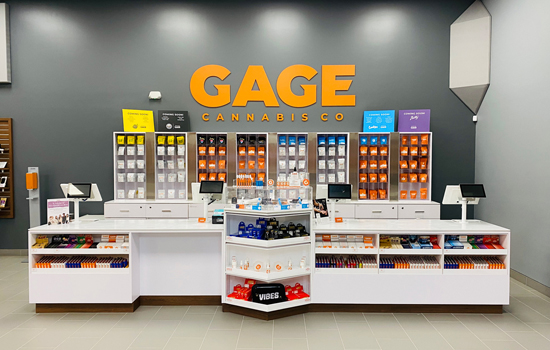 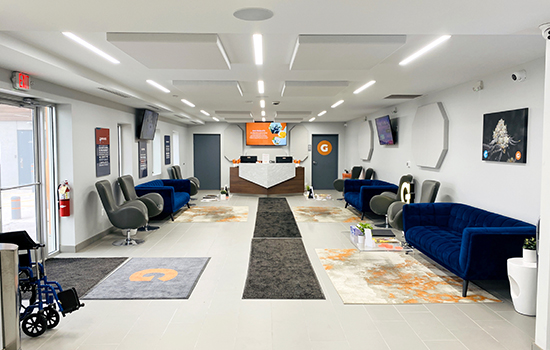 More Than A Cannabis Store

Gage is more than just a chain of cannabis provisioning centers. Gage grows and sells a variety of their own exclusive strains including Orange Cookies, Lava Cake, White Cookies, Funfetti Cake, Florida OG, , Platinum Girl Scout Cookies, Vanilla Kush, Alien OG, Josh D OG, among others. Gage’s house brand products are some of the most popular strains sold at their stores, solidifying the brand as both a reputable storefront and a producer/processor.

Gage Cannabis has truly earned a reputation for promoting a “high-end cannabis experience”, in both retail and consumer packaged goods.

Gage has locations in Ferndale, Adrian, and Detroit, with plans to open in Bay City, Battle Creek, Lansing, Kalamazoo, Center Line, Traverse City, Saginaw, Grand Rapids, New Haven and more throughout 2020. All of these locations are currently in Michigan. It will be interesting to see if Gage expands into current legal states, or into new markets as legalization expands across the country. They are quickly building the brand equity to have the ability to do so. 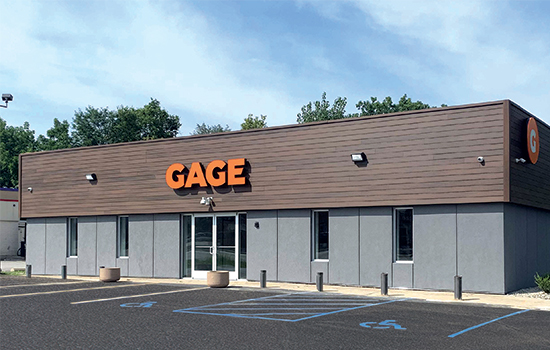 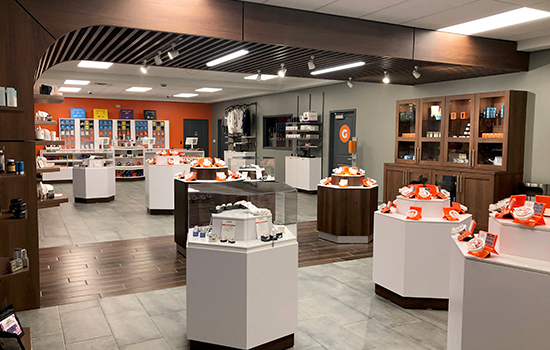 Gage Cannabis Co.’s operating affiliates are licensed and permitted for 150,000 square feet of cultivation space, and a state-of-the-art processing facility to supply its current and future affiliated provisioning centers.

Gage Cannabis Co. was the winner of the Best Storefront Branding category in the US in the 2019 ADCANN Advertising Awards. 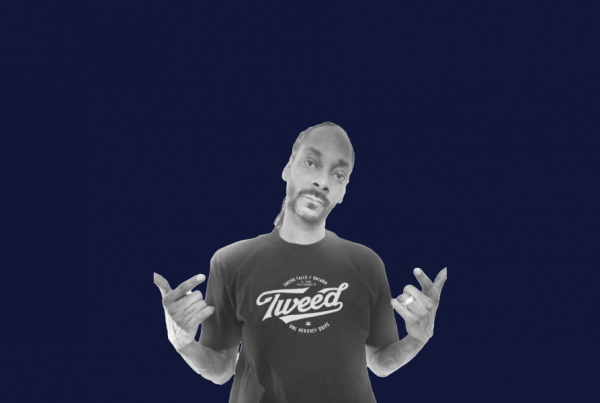 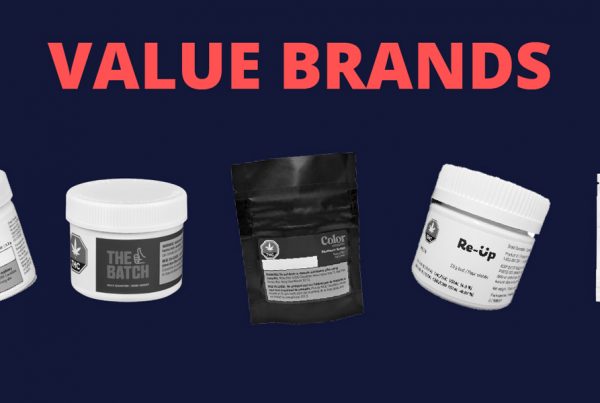 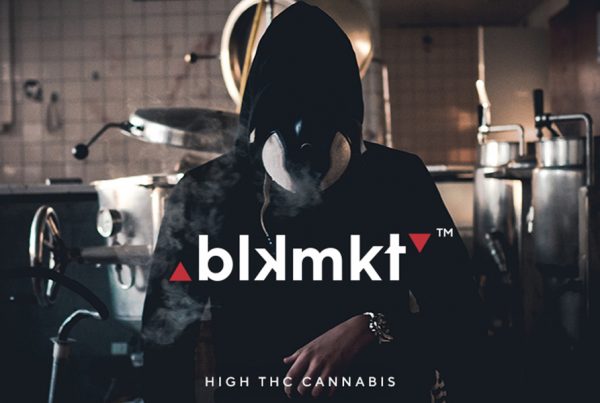