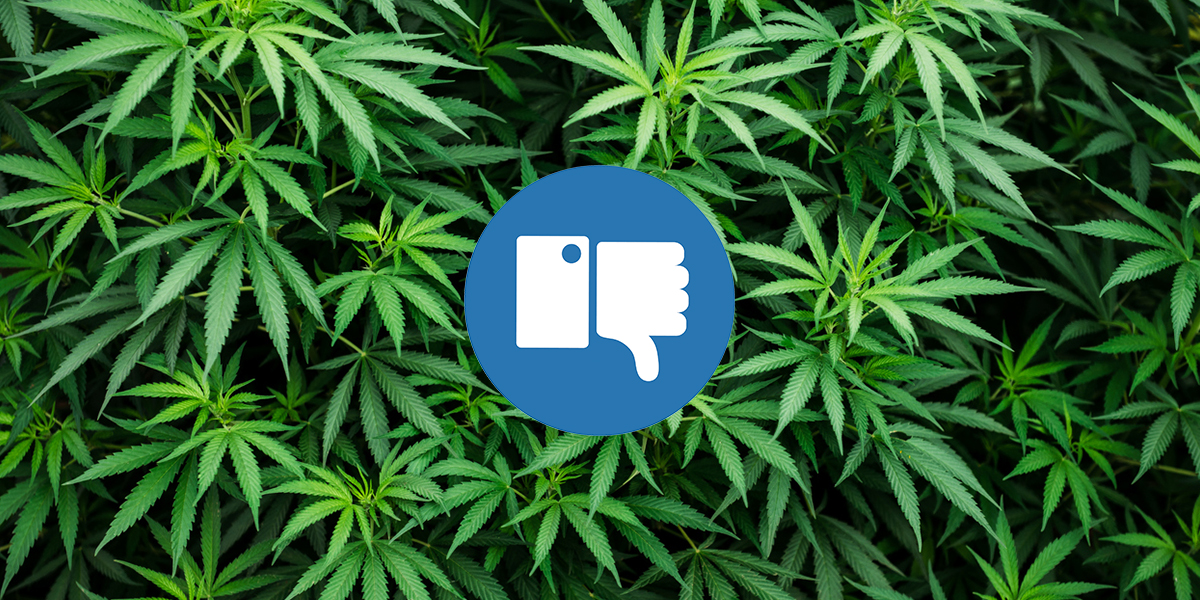 Facebook has decided it will not alter its policies but does plan to make several changes to the way it handles the platform’s current cannabis content rules.

Claiming it would be impossible to roll out a feasible, global policy on cannabis at this time, Facebook said it will be spending more time training content moderators about its cannabis-related policies and providing more information to legal cannabis companies about what’s allowed. But what happens when a legitimate business involved in the cannabis industry gets caught in Facebook’s content moderator’s cross-hairs?

Felicia Palmer, the owner of Cannaramic Media, uses her site to promote cannabis education and various events. After a series of ads promoting the company’s online cannabis summit were rejected by Facebook, and the company’s page was temporarily disabled, she decided to take legal action.

According to Forbes, the lawsuit states that Facebook Inc. has demonstrated a “pattern of censorship and suppression of information” regarding “legal uses of cannabis”. Palmer claims the censorship only occurred after she was encouraged by Facebook to spend money to boost the posts promoting the educational cannabis summit.

The timing of the lawsuit is interesting, as the paperwork was completed on May 18th, the same say the White House announced its monitoring of censorship by Facebook and a few days before Facebook announced its platforms continued ban of cannabis promotions.

Facebook maintaining their ban on cannabis content will continue to be a hindrance for cannabis companies trying to build a brand and relationships with customers. For those companies who are still keen on using the social media platform to promote cannabis products, they must be very creative and strategic in language and imagery they use within the ads.

Using cannabis-related words and pictures will likely lead to disapproved ads and disabled Facebook pages. In order to get a cannabis promotion approved and circulated, companies have to become innovative with their messaging and rely on the consumer’s curiosity.

Up Cannabis Uses a Proxy Page to Advertise on Facebook

A great example of a cannabis company using vague messaging to get their promotion published on Facebook is the “Is This Real” campaign by Up. Partnering with and running the ads through a local Toronto publication, BlogTO, Up was able to advertise their “Shredit Card,” a cannabis grinder in the form of a card.

While the ad itself doesn’t really indicate what the company being promoted or the card is, those questions are explained on the accompanying landing page. Is This Real campaign’s landing page immediately identifies itself as the website of a cannabis company, with “strains that fit every mood, curiosity, and day of the week.”

The page introduces Up’s portfolio of cannabis strains and the “Shredit Card. “Shredding iconic Up strains has never been easier (and cheaper). Simply grab a Shredit Card, take your flower, and swipe. Cha-ching!” The cards are normally $15.00, but they’re offering 80% off.

While the ad received a lot of criticism in the Facebook comment section for being misleading, on the popular social media platform, engagement is always beneficial to the ad’s performance. Up really didn’t have much of a choice when it came to being ambiguous with their promotion, as anything more informative wouldn’t have made it to the public.

Until the social media giant decides to accommodate the cannabis industry with an age-filter to prevent minors from seeing cannabis ads, similarly to Snapchat, cannabis companies will continue to be forced to find inventive ways to advertise their products on the platform.