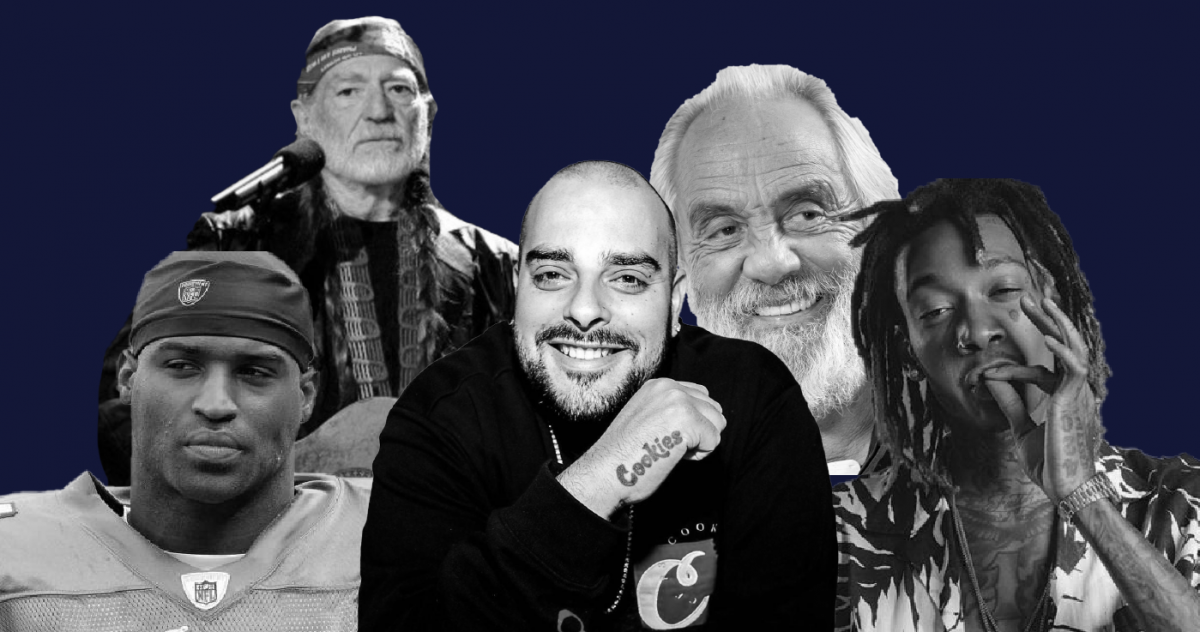 Celebrity endorsements in the United States are not as restricted as in the Canadian market. Similarly to Canada, many American celebrities are creating their own cannabis brands and businesses. However, they are also able to give more traditional endorsements and are permitted to enter marketing/promotional partnerships with existing companies.

Cannabis currently operates in a legal grey area in America since it remains classified as a federal Schedule 1 drug but has been legalized for medicinal and/or recreational purposes in over 3o states. American cannabis businesses that utilize celebrity endorsements should be aware of the Federal Trade Commission’s (FTC) guidelines that oversee this form of marketing in the country. The three key federal issues to focus on before utilizing a celebrity for any endorsements or business partnership are:

Remember – each state may have its own specific laws that surround celebrity endorsements, marketing, and cannabis marketing in particular. Always consult a lawyer before engaging in any form of endorsement or partnership with a celebrity.

However, similar to Canada, most cannabis brands in America don’t utilize traditional endorsements. Instead, celebrities are launching their own cannabis brands and are taking part of the ownership.

Berner is one of the only celebrities that became famous in part due to his cannabis industry success. Receiving world-wide recognition as the weed plug who supplied Wiz Khalifa with the best of the best, he is now known for founding the brand Cookies (among many others) and his own rap music.

Cookies is by far one of the most recognized cannabis brands in the entire world. The brand took home “Brand Of The Year” and “Best Packaging Design” in the 2019 ADCANN Awards.

Wiz Khalifa is undeniably one of the most popular and influential musicians in the cannabis culture.

Khalifa Kush was a specific phenotype of OG Kush that was originally selected by and grown for Wiz Khalifa’s own personal stash. Wiz naturally talked about this strain, known in short form as “KK”, in his interviews and his lyrics. The demand for KK grew and eventually Wiz launched Khalifa Kush Enterprises to supply this strain to consumers in the U.S. Since then the brand has grown to offer a variety of products including whole flower and ingestible oils.

Famous rapper Jay-Z joined California-based cannabis company Caliva as the Chief Brand Strategist in July of 2019. In addition to influencing Caliva’s creative direction, social justice will be a key component of Jay-Z’s role. The rapper will be involved in outreach programs that aim at creating more opportunities in the legal cannabis industry for people who were negatively affected by the “War on Drugs”.

Ricky Williams is a former American football player who played 12 seasons in the National Football League. Williams eventually quit his professional football career over his cannabis use and became an outspoken advocate for the therapeutic benefits of the plant.

In March of 2018, Williams launched his own cannabis business: Real Wellness by Ricky Williams. Real Wellness describes itself as a “unique line of herbal-based wellness products“, offering oils and salves that mix many healing herbs (calendula, arnica, camphor, and lavender) with the power of CBD.

Willie Nelson is an American musician, singer, songwriter, author, poet, actor, and activist. He is a cannabis and country music culture icon. Nelson has acted in a variety of films, he has co-authored several books, and has been involved in activism for the legalization of cannabis in America.

In 2015, Nelson founded Willie’s Reserve, a Washington-based cannabis company that is focused on transmitting Nelson’s “my stash is your stash” ethos to products that consumers can buy. Willie’s Reserve is one of the first ever celebrity-backed cannabis brands and has found a loyal following of consumers.

The Game & Trees By Game

The Game is an American hip-hop artist signed to Dr. Dre under his label Aftermath Records. According to High Times, The Game became the first celebrity to own and operate a cannabis dispensary back in 2016. Since then, he has developed strains of cannabis flower and concentrates under the brand name “Trees By Game”. Trees By Game has partnered with Vertical and Green Street Agency to spread the brand across the California cannabis market.

Trees By Game won “Best Social Media” in this year’s ADCANN Awards. Check out their Instagram page (which has over 40,000 followers) here.

Tommy Chong is one of the most famous cannabis personalities in the world. He is a Canadian-American comedian, actor, writer, musician, and cannabis-rights activist who is known for his 420-themed Cheech & Chong comedy albums and movies. In 2016 he founded Chong’s Choice, a Denver, Colorado-based company that offers a robust line of cannabis products which include both THC and CBD selections.

Mike Tyson is an American professional boxer and heavy weight champion who has since become a famous personality and entertainer.

Tyson has recently embraced his role as a cannabis icon (launching a podcast called Hotboxin’) and has forayed into the American cannabis industry. On December 20, 2017 Tyson and his partners launched Tyson Ranch, a cannabis resort that will include an edibles factory, amphitheater and upscale campground on a 40-acre plot of land in California City. Tyson Ranch partners with esteemed growers to offer quality cannabis products to individuals in California and Nevada.

There is another form of “endorsement” that is occurring in the American cannabis industry. As opposed to being directly involved in the business or giving a direct testimonial to their audience, some celebrities are being casted for cannabis brand commercials. Lowell Farms cast Bella Thorne (American actress, singer, director, and former child model) for their popular “Finally” creative piece. Bella narrarates the entire commercial and also visually appeared in it, consuming Lowell cannabis at the end. Although Bella never identifies herself, by acting in this commercial she is giving a personal endorsement for the company.

MedMen utilized a few celebrities for similar purposes. For their “The New Normal” commercial, they enlisted Spike Jonze to direct and write the entire piece. Jesse Williams, an American actor, and producer known for his role in Grey’s Anatomy was selected to perform the narration of this heartfelt piece about cannabis legalization. Being able to claim that this commercial is a “short film by Spike Jonze” and narrated by Jesse Williams, this allowed MedMen to receive a large amount of earned media for their marketing campaign.

These types of collaborations are not what we commonly refer to as “endorsements” or “partnerships,” but they are ways that cannabis brands can utilize the power of celebrities.