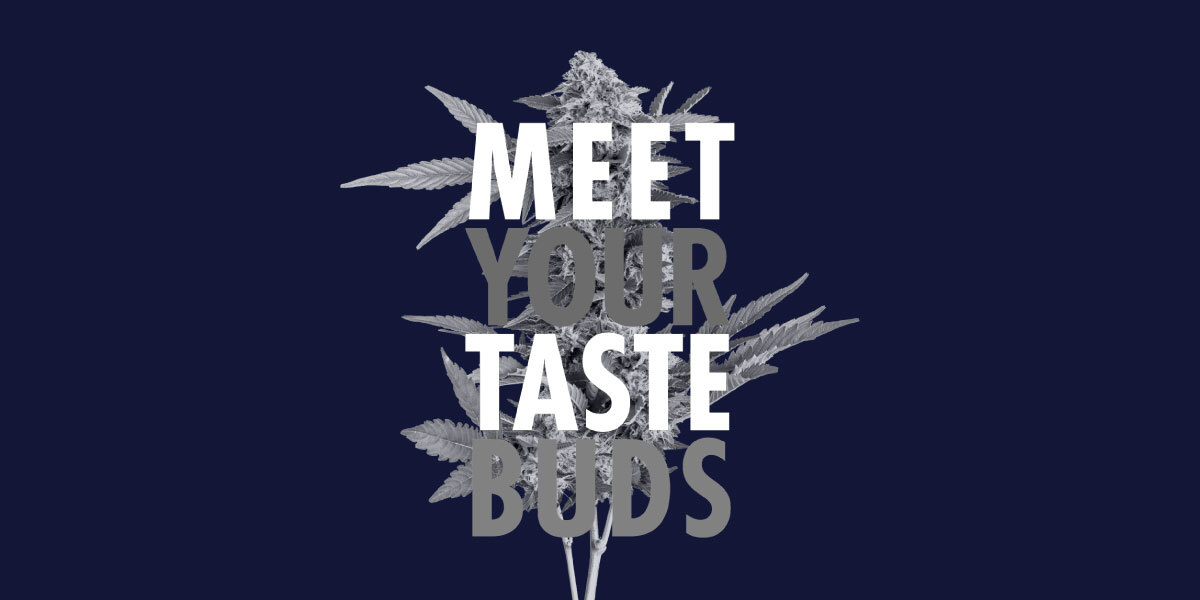 To some, buying cannabis flower has become a simple equation of the highest THC percentage for the lowest price. This has Canadian retailers shifting their inventory strategy to prioritize products that are cheap and potent. ​According to a recent Brightfield report, many consumers continue to believe that THC is the most important factor when assessing quality.

Cannabis enthusiasts (experienced consumers) know there is so much more to the plant than THC. Aroma and flavour are just as important as potency when it comes to having a good high experience. When wine drinkers look for the perfect pairing to enjoy with a meal, most people are not making the decision based on alcohol content. Instead, they are looking for delicious flavours that will complement other parts of their day. Why has this not translated to the broader cannabis market yet?

What are Terpenes and why are they important for consumers?

Cannabis shares common flavours with many things we eat, drink, or interact with every day. Each strain gets its unique aroma and taste from essential oils found within the plant known as terpenes or terpenoids. These same chemicals naturally occur in a variety of plants, flowers, spices, herbs, fruits, and vegetables.

Limonene, a common terpene, is present in the rinds of citrus fruits like lemons and is also found in a variety of cannabis strains like White Widow and Sensi Star. The exact same chemical is responsible for the aromas and flavours produced by both the fruit and the dried cannabis flowers.

It doesn’t stop there. Terpenes are also extracted from plants and used in a wide array of non-cannabis-related consumer products including perfumes, traditional medicines, cleaning solutions, and aromatherapy oils. Recently, terpenes have even been used to develop natural alternatives to insecticides and pesticides.

The type of terpenes found within a cannabis flower is determined by the plant’s genetic code, or genotype, which is inherited from the variety’s parent strains. The abundance and dominance of those terpenes will be determined by the plant’s phenotype (the observable characteristics and unique expression) and environmental conditions. Growing conditions play a large role to ensure that each plant reaches its maximum aroma, flavour and potency potential.

When consumed, cannabis can induce myriad sensations and effects. THC is typically the most prominent compound found within cannabis and receives most of the credit for the plant’s psychoactive effects. However, it is not the only chemical that contributes to the overall experience.

Terpenes influence the felt effects more than consumers originally thought. Just like how eating a sour citrusy lemon can create feelings of alertness and increased energy, so too can mindfully consuming a high-limonene cannabis cultivar. Our olfactory (aka scent) and gustatory (aka taste) systems are closely connected to the rest of our mind. Experiencing pleasant aromas and flavours can increase the serotonin levels in the brain, which may result in increased relaxation and feelings of happiness and euphoria.

This means that when it comes to your personal taste in cannabis or what flavours you like – you already know more than you think. “The nose knows” is a popular dictum that many would agree holds true when selecting a strain. Cannabis cultivars that smell pleasing to you personally will likely produce an effect that is also pleasing to you, personally.

The importance of aroma and flavour is pronounced in the “entourage effect” theory. The entourage effect posits that compounds found within the cannabis plant act synergistically with THC to modulate and determine the psychoactive effects of the plant. These compounds include terpenes, flavonoids, and other cannabinoids such as CBD and CBN. This theory lends credence to the idea that aroma and flavour contribute to felt experience.

While THC (and other cannabinoids) can be important, so is the look, smell, and taste of the flower. Strong, pungent sensory characteristics are key indicators of high-quality cannabis and should also be considered when purchasing.

The 7ACRES team recently launched meetyourtastebuds.com, an interactive website designed to help enthusiasts across the country find the perfect strain for their personal tastes. The online taste test encourages you to “let your taste buds guide you” by inputting your favourite flavours and adding in your personality traits. Then the unique match-making system will provide a personalized recommendation of the best 7ACRES cultivar for you.

“Once we started getting more robust market research data, we noticed there was a disconnect in how consumers were purchasing cannabis in the legal market versus the informal market. THC and price were the primary drivers, and while that can be an indicator of bang for buck, it’s not an accurate way to determine the quality of a product or cannabis experience. Meet Your Taste Buds was launched as our response and focuses in on consumer’s established taste preferences and how that applies to buying cannabis. Essentially, we wanted to highlight the importance of taste over THC. As part of the campaign we launched an interactive website that analyzes consumers favourite flavours in all things, not just cannabis, and then recommends a 7ACRES cultivar that fits their preferences. This is especially helpful during COVID-19 when access to budtender recommendations was and still is very limited. Cannabis is complex but finding a cultivar that’s right for you shouldn’t be.” – Jeremy Timoteo, Brand Manager of 7ACRES at The Supreme Cannabis Company

This campaign is timely and more important than ever because of social distancing due to COVID-19. Since many stores remain fully or partially closed, budtender-to-consumer interactions are limited and it’s difficult for consumers to make purchase decisions without smelling the cannabis product they are considering. MeetYourTasteBuds.com acts as a helpful resource for those looking to mitigate the risk of purchasing online.

Find your flavour today and let the 7ACRES team know your result by tagging them on social media (@7ACRESmj).

ADCANN is a digital publication and content creation team that showcases the most creative concepts in the cannabis space.

The First Canadian Brand to List Terpenes on Packaging